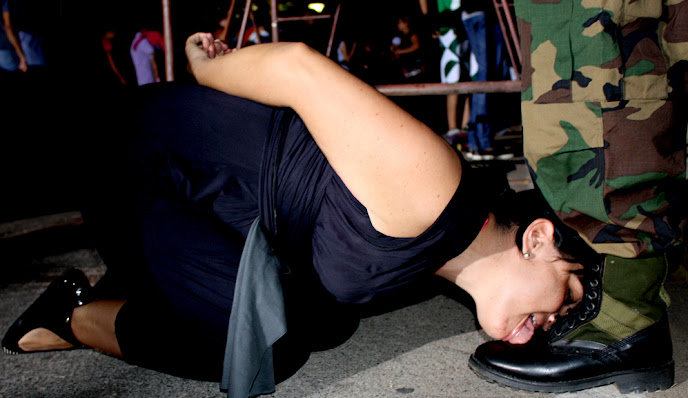 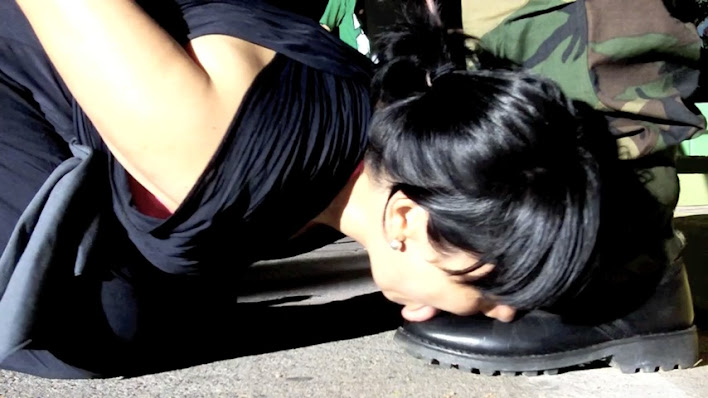 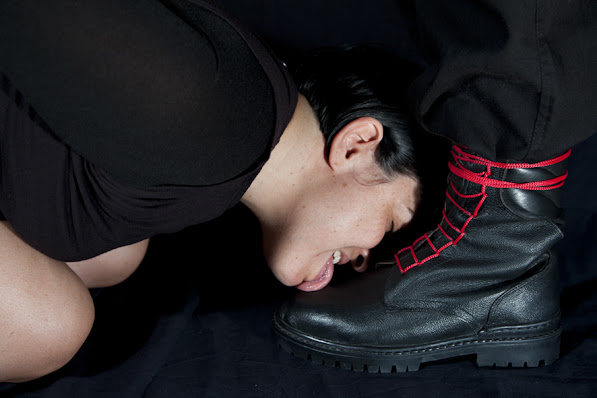 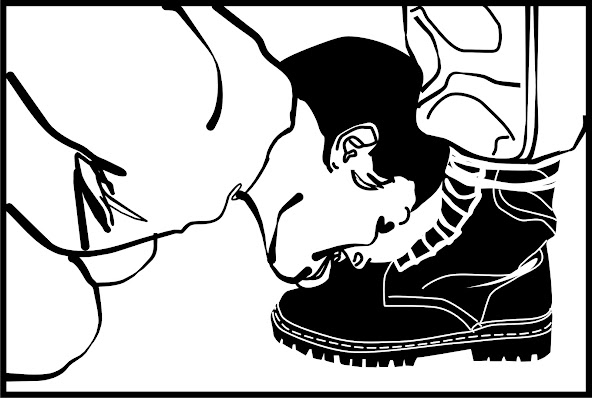 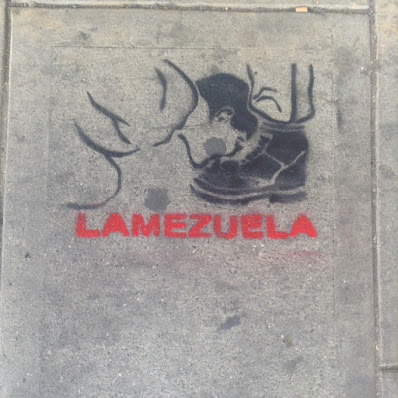 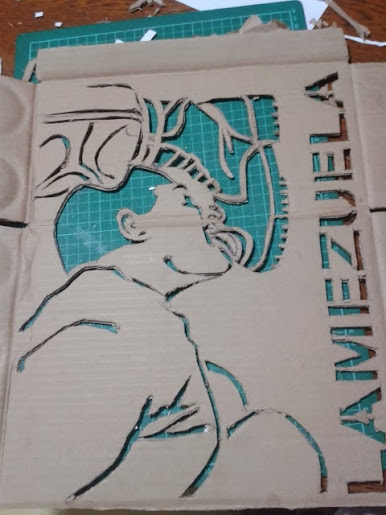 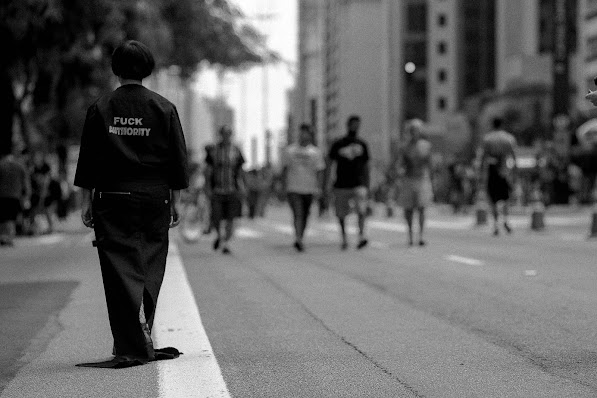 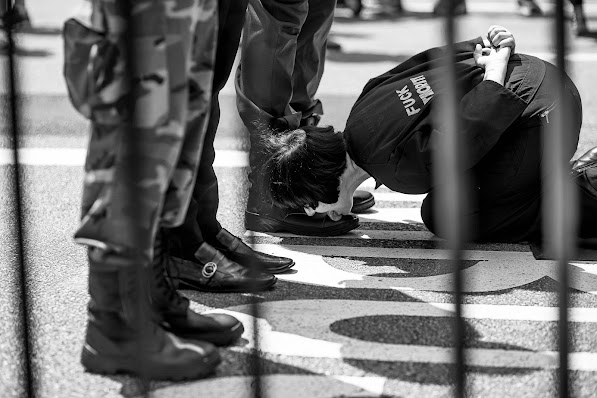 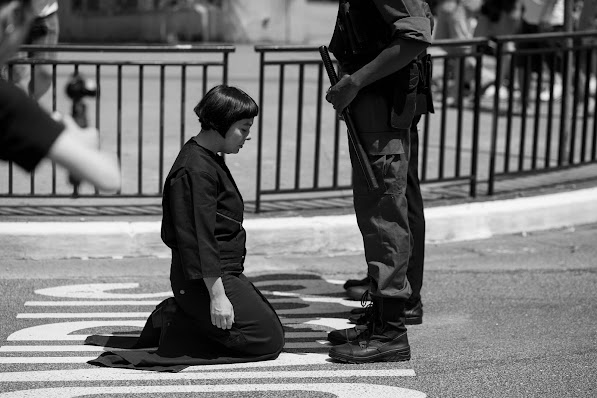 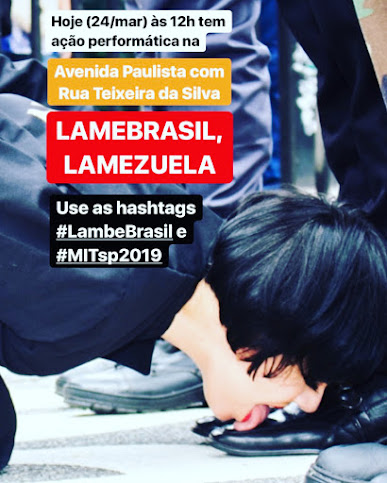 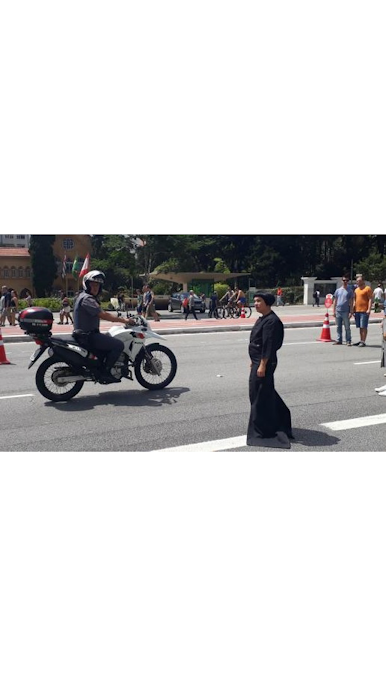 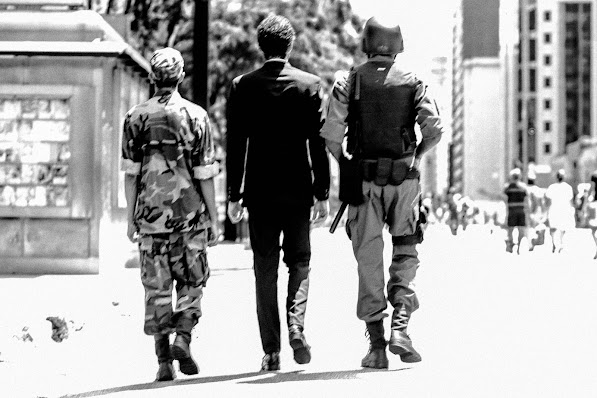 "Lamezuela is a sadomasochistic performance. The sadistic dimension of Lamezuela is the word “Lamezuela” itself, a word that, rebelling against its descriptive function, strives to show the identity between reasoning and violence. The masochistic dimension is action itself: kneeling down to lick the boots of a soldier, not because Deborah Castillo belittles herself or the spectators, but because she uses masochism’s method in order to humiliate the Father-State, the one that constantly subjugates, oppresses, subdues—steps on—its citizens. Against the enormous return of the Father-State, the masochistic heroine flogs the image of power within herself. She exorcises the dangers of the State. And in this sense, she comes back and will continue to come back in every protest and demonstration, as things that circulate outside the law are wont to do." (1)